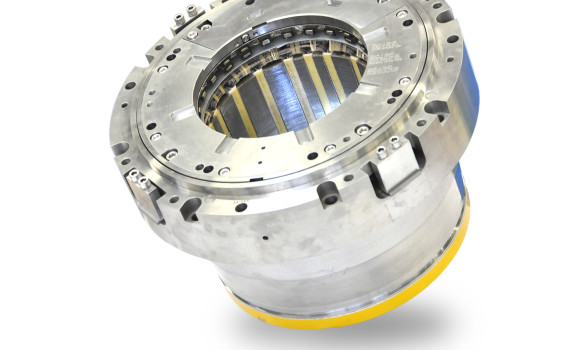 Gothenburg, Sweden, 10 November, 2015: SKF has supplied magnetic bearings for use in the world’s first subsea gas compression system at the Åsgard gas field off the Norwegian coast. As part of the subsea gas compression system, the bearings will contribute to recovering additional gas volumes from depleting gas fields as well as extending the lifetime of those gas fields which would otherwise be prematurely closed.

Traditionally, gas compression is made on platforms. For Åsgard, Statoil and its partners made the decision to locate it on the seabed, near the wellheads, to maximize gas recovery and therefore prolong significantly the production life time of this gas field.

SKF was awarded the contract in May 2011 by MAN Diesel & Turbo, the OEM of the 11,5 MW electric-motor-driven centrifugal compressor running on SKF’s magnetic bearings.

The mechanical modules were assembled in the compressor frames in 2013, following the validation of the technology by Statoil, and the two units have since then undergone “burn-in” time, accumulating more than 2000 hours each, prior to installation subsea.

The magnetic bearings have been tested and qualified in wet gas conditions similar to those found in the North Sea, ensuring the bearings deliver the same high performance in subsea applications as they do in theory. In addition, the magnetic bearing control system has been tailored for use in harsh marine environments. This has been achieved through a special redundancy design in which components are assembled in an enclosure that can withstand subsea conditions.