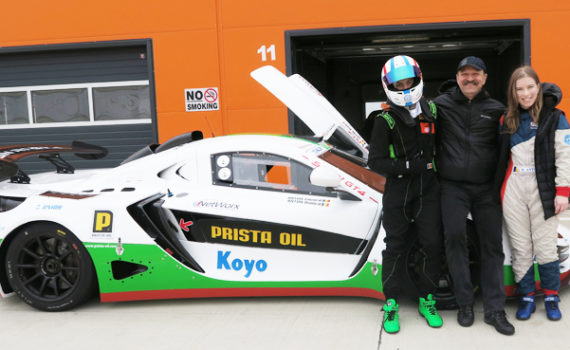 JTEKT is one of the sponsors (with Koyo brand bearings) the GT4 European Series Northern Cup 2017.

This event is one of the best race series for both Am and Pro drivers either driving in the same team or on their own. 2017 will be the 10th anniversary for this successful series again visiting Europe’s premier circuits. Sofia Car Motorsport by BADI and SIN R1 will participate for the third season in this series.

The drivers for this season are Mrs. Bianca Anton 19 years old, and she will share the car with her brother Mr. Eduard Anton 16 years old, youngest pilot from this competition, both with huge potential and an extended racing/driving background and accomplishments. They are part of BADI team in Bucharest Romania, one of Koyo’s major Distributors in Romania. The first open round took place last 31st of March in Misano (Italy). The next one will take place May 7th in UK at Brands Hatch